Alzheimer’s | A Disease Without Boundaries

Taking The Car Keys From Mom And Dad: When Seniors Should Stop Driving 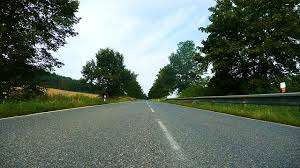 Many adults feel the same way about their parents driving as they do about their teenagers. That feeling is one of heightened anxiety and waiting anxiously until they hear the driver has returned home safely.

Telling a parent that he or she needs to stop driving is a conversation that most adult children put off as long as possible.  They are not sure what to say or, most importantly, how to say it in a way that would not be insulting, and yet have the desired effect of getting them to stop or seriously limit their driving.

Are Older Drivers at Risk?

Seniors as a group are relatively safe drivers.  The actual number of accidents involving older drivers decreases as age increases. Experts attribute this to self-imposed limitations that include driving fewer miles and avoiding problematic situations like driving at night, during rush hour and on high speed roadways.

That’s the good news.  The bad news is that drivers over 75 have a higher risk of being involved in an accident for every mile they drive.  The rate of fatalities increases significantly by this age — in fact, it is on par with teenage drivers (another sobering thought).

So, what can be done?  According to AARP, ongoing conversations with family members can help.  A survey of older adults found that more than half said they followed the suggestions of others, with women generally more compliant than men.  They may prefer to hear it from their spouse (or from professionals like their doctor), but will listen to their adult children.

The survey found that about one-quarter of all seniors reported responding with sadness when spoken to about their driving.  While they may even agree with the assessment, they felt depressed at the thought of relinquishing this activity.  After all, the implications are significant — fewer trips outside the home, increased dependency on others, fewer social opportunities, and the fear of becoming a burden to others.

Experts believe that while any discussions on driving are likely to be emotional for family members as well, they should not be put off.  They suggest the following: