Lifestyle changes can reduce the change of stroke

Watch out for skin cancer 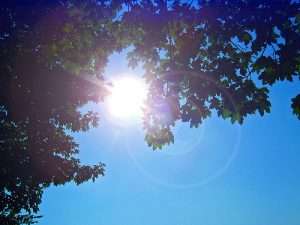 “Don’t go out in the sun until you put on suntan lotion.” Most of us have heard since we were small children.

Yet, the high incidence of skin cancer is a direct result of the failure of many to abide this warning.

More than 76,000 Americans are annually diagnosed with melanoma, the most deadly form of skin cancer, and more than 12,000 die annually. In addition, a recent study conducted by Harvard Medical School and Brigham and Women’s Hospital in Boston found that those who have a skin cancer history are also at higher risk of developing breast and lung cancers.

What can you do to prevent skin cancer? Here are some things to consider:

In addition, you need to separate myth from fact when it comes to staying safe in the sun.

Myth #1: It’s a cloudy day, so I don’t need to worry about applying any sunscreen. The American Academy of Dermatology notes that even on cloudy days up to 80 percent of the sun’s harmful ultraviolet rays can penetrate the skin. These days can even be more dangerous because people often don’t feel the heat from the sun and so don’t cover up or use sunscreen as they normally would.

Myth #2: I’m dark-skinned, so I really don’t need to worry about the sun. Dark-skinned people may be at less of a risk than those who are fair-skinned, but anyone can get skin cancer.

Myth #3: If I don’t lie on the beach, I’m safe from the sun. The majority of patients who develop melanoma are not people who spend a lot of time at the beach. They may be outside playing tennis or golf, swimming or gardening.

Myth #4: As long as I don’t have any spots on my body that are dark and have changed, I have nothing to worry about. Actually, a very small, benign-appearing and lightly colored spot may be a warning sign for melanoma – and, they can appear anywhere. The acronym for a suspicious mole is ABCDE, which stands for Asymmetry, Border, Color, Diameter andEvolving. It is strongly suggested that people see a dermatologist for annual checkups, and make an appointment right away for any spot that doesn’t have an explanation.

Myth #5: Teens don’t have to worry about sun exposure. Teens are at higher risk than middle aged adults for getting those sequential sunburns that are risk factors for skin cancer.

Those who take the right precautions and see a doctor regularly can prevent skin cancer or, at the worst, catch it at its earliest. Be observant and don’t be afraid to ask your doctor questions.