Watch out for not eating enough: Noticing malnutrition

Prostate Cancer – Not just “another” cancer 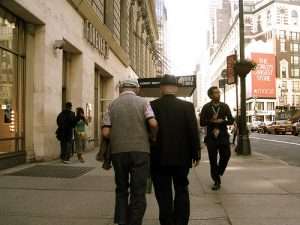 Prostate cancer is the number one form of cancer among men in the U.S., with 240,000 new cases diagnosed every year (according to the American Cancer Society). An estimated 11 percent of all men who have the disease will die from it, and it will affect one in six men (compared to one in eight women diagnosed with breast cancer) at some time in their life.

Many men with prostate cancer are most concerned about the possible side effects of treatment – surgery, radiation, chemotherapy, hormone treatment, or some combination – which can result in impotence and/or incontinence.

As with most cancers, the earlier diagnosed the better.  According to the American Urological Association, the survival rate is nearly 100 percent when prostate cancer is detected at an early stage when the tumor is still localized and has not spread

For this reason, and because there are virtually no symptoms during the early stages, annual screenings are strongly recommended for Caucasian men beginning at age 50 and African-American and Hispanic men beginning at 40, and earlier for those with family histories.  While statistically prostate cancer is more common among men 65 and older, doctors see many men with prostate cancer in their 50s and even in their 40s.

The screening for prostate cancer is simple and painless. It consists of a blood test called a PSA (which measures prostate-specific antigen, a protein produced by cells of the prostate gland) and a digital rectal exam. The PSA has led to a 40% reduction in prostate cancer deaths since the mid-1990s.

A diet that is high in fat, meat and sugar and low in fruits, vegetables and fiber is considered a factor contributing to the disease. Studies have shown a strong relationship between consumption of saturated fat or dairy fat and prostate cancer, while polyunsaturated fats like Omega-3 fatty acids may help prevent the disease.

Guidelines historically recommended annual screenings for men only up to the age of 75, as it was thought that older men should not be put through the rigors of treatment since they are more likely to die from something other than this slow, progressing disease. However, there is some new thinking on this.  Many older men are still active and healthy, and 75 is not as old as it once was. So remember, stay healthy and take time to be tested annually.