Prostate Cancer is #1 Most Common Cancer Among Men 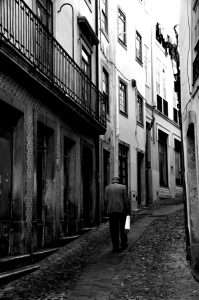 Prostate cancer is the number one form of cancer among men in the U.S., with 240,000 new cases diagnosed every year. An estimated 11 percent of all men who have the disease will die from it, and it will affect one in six men (compared to one in eight women diagnosed with breast cancer) at some time in their life.

Many men with prostate cancer are most concerned about the possible effects of prostate cancer treatment – surgery, radiation, chemotherapy, hormone treatment, or some combination – which can result in impotence and/or incontinence.

As with most cancers, the earlier diagnosed the better. According to the American Urological Association, the survival rate is nearly 100 percent when prostate cancer is detected at an early stage when the tumor is still localized and has not spread.

For this reason, and because there are virtually no symptoms during the early stages, annual screenings are strongly recommended for Caucasian men beginning at age 50 and African-American and Hispanic men beginning at 40, and earlier for those with family histories. While statistically prostate cancer is more common among men 65 and older, doctors are seeing many men nowadays with prostate cancer in their 50s and even in their 40s, particularly among those at higher risk.

Diet is considered an important factor. A diet high in fat, meat and sugar and low in fruits, vegetables and fiber is considered a factor contributing to the disease. Studies have shown a strong relationship between consumption of saturated fat or dairy fat and prostate cancer, while polyunsaturated fats like Omega-3 fatty acids may help prevent the disease.

Recommended is a diet that includes such vegetables as broccoli, cauliflower, and cabbage; and fish, including salmon, albacore tuna, and sardines. Walnuts and flaxseed, and their oils are considered equally important.

Exercise is associated with lower metabolism and weight loss, which can contribute to lowering the risk of prostate cancer. Studies to date, however, are inconclusive that exercise has a direct impact on prostate cancer risk. 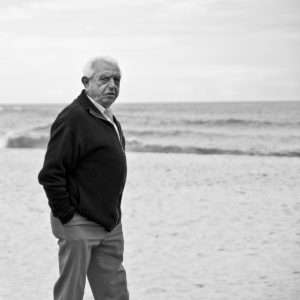 How do I get checked for prostate cancer?

A man with a father or brother who has been diagnosed with prostate cancer has more than twice the risk of being diagnosed. Rates of prostate cancer in the U.S. are 60 percent higher among African-American men and their mortality rate is two-and-a-half times that of Caucasian men. Prostate cancer or a benign condition (such as an enlarged prostate) can increase a man’s PSA level. A normal PSA reading can range from less than 2.5 for a man of 50 to 4.5 for a 70-year-old. The screening for prostate cancer is simple and painless. It consists of a blood test called a PSA (which measures prostate-specific antigen, a protein produced by cells of the prostate gland) and a digital rectal exam.

The PSA has led to a 40 percent reduction in prostate cancer deaths since the mid-1990s.

The PSA is done in collaboration with a digital rectal exam – which refers to the physician’s use of a finger (not a computer) in checking for bumps or abnormalities on the surface of the prostate that might indicate tumor growth. Both tests don’t show whether a patient has prostate cancer, but only whether further testing is required. Should this be necessary, a biopsy will then be performed.

Be smart, stay healthy, and make sure you’re getting checked for prostate cancer.